Check it out and let us know what you think

Way back in 2007, while supposedly mindfully marinating in a deep yin yoga posture during a training hosted by both Paul Grilley and Sarah Powers, a deep persistent thought arose. I wondered who owned the domain name YinYoga.com? I made a mental note to check once I got back home, only because if I didn’t make this mental promise to myself, I would continue to be distracted. Once home, I honored my promise to myself and checked, and found to my surprise—no one had bought the name. I decided to claim it, originally thinking I would gift it to Paul or Sarah. Unfortunately, they both had websites with names they liked, so they didn’t really want the URL. I kept it, unused for several months…until I happened to give a Yin Yoga teacher training; my very first.

After the training, I was reviewing my notes and the thought occurred to me, “Why not put up the notes on the web under the domain name www.YinYoga.com?” So, I did! I re-wrote the slides I presented in HTML and uploaded them to the site. But, I quickly realized that slides alone did not tell the full story. More explanation was needed. Thus, over the years I added a bit more of this and a touch of that, until, quite surprisingly, the site had grown to over 500 pages! All along, it was still based on the original, and now clunky, HTML code. That was great, until mobile devices came along. I realized the site was not optimal for smart phones and tablets, but I resisted the urge to recreate such a big site, until I could resist no more. The result is now available for all to view and use. Please let me know of any problems you discover, as a sitethis large is rather hard to check over with just a few pairs of eyes. We hope you enjoy it!

With the launch of Bernie’s latest book, Your Spine, Your Yoga, both Yoga International and Yoga Journal have been printing excerpts. First and foremost, Yoga International has published several excerpts:
· Your Spine, Your Yoga
· Functional Yoga: When is Alignment Important
· Early Morning Yoga and Yoga after Sitting
· Learning to Sense the Spine
And published by Yoga Journal is
· Perfect Posture is a Myth—Here’s Why

J Brown talks to Bernie about his new book and the important perspective it provides. They discuss the notion of“neutral spine,” the myth of flexibility, understanding stability and strength, the concepts of stress and load, variationin our structures, the “anti-fragility curve,” functional movement, and how important it is for each person to develop their own sense of awareness.

Cora Geroux and Bernie talk about how yin yoga works, why standardized
alignmentcues aren’t accurate as well as creep and antifragility theory. Cora brings a depth of experience from a decade-long teaching career to ask expert guest the most thought provoking, useful and specific questions she can. Her aim is that each episode educates, inspires or provides useful information for both yoga teachers and practitioners from the best minds in the field.

Josh Summers completes his 4-part interview with Bernie where they discuss the importance of stability over mobility in the health of our spines and define some important terms that every yoga practitioner should be fluent with. They discuss the difference between stability and mobility, how best to train each, the differences between stress and stretch, as well as flexibility and mobility.

Paula Mitten talks to Bernie about the challenges of teaching yoga. She is the creator of the web series “Yoga Teachers Masterclass: where yoga experts share thoughts about what it takes to find students, keep them long-term, and teach full-time. Paula left her full-time career to teach yoga, and through trial and error, finally found the perfect balance of learning, teaching, and practicing. 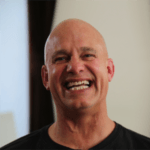 From internationally acclaimed yoga master teacher and scholar Paul Grilley, comes this in-depth training program which synthesizes Paul’s work in Yoga Anatomy and Yin Yoga into a profoundly logical and illuminating approach to the practice of yoga asana. Paul’s “Functional Approach” is deeply rooted in a reverential understanding of the historical origins of yogic thought and teaching, while expertly addressing the most important needs of today’s yoga practitioners and teachers. 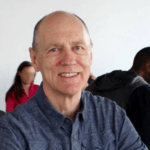 Yin is In! Yin Yoga has been with us since the beginning of Hatha Yoga centuries ago. But since the early 19th century, yoga has become more and more yang-like in nature. Everything requires balance: yin completes yang. Yin Yoga is the balancing practice for the more active, muscular yang yogas. There are more and more teachers offering Yin Yoga today, and more workshops and opportunities to learn how to become a Yin Yoga teacher. If diving deeper into the yin-side of life is on your bucket list, there are lots of opportunities for you

All of these 50-hour courses will be at the Semperviva Yoga Studios, in Vancouver, Canada. The Yin Yoga Teacher Training Program offered at the Semperviva Yoga College and given by both Bernie and Diana Batts is a unique way to deepen your yoga practice and touch tissues rarely worked in a more active yang style of yoga. For 200 hour certified teachers the credits of the course can be applied towards the 500 hour certification offered by Semperviva, and are eligible for CEUs with Yoga Alliance. (CEUs = Continuing Education Units and are required to maintain your status as a Registered Yoga Teacher).
For more details or to register, check the Semperviva web page or call them at 604-739-2009.

This course will examine what meditation is, why we do it (its many benefits, spiritually, psychologically and physically), and how to do it, from a variety of viewpoints: From Eastern Yogic and Buddhist views to Western Psychotherapeutic understanding. The course will include personal, one-on-one training in Deep Meditation, as well as group instruction, to give the student an experiential basis for the practice of meditation. Held at the Semperviva Yoga Studios – Vancouver, B.C., Canada.

Paul Grilley, Sarah Powers and Biff Mithoefer are each planning a full load of workshops all over the world. You can check out their schedules at their home web pages:

Many teachers around the world are creating Yin Yoga based workshops and retreats. Some of them are posting these activities on our Forum page. Check it out. There may be one happening near you. (If you are a teacher, feel free to add yours to the page!) 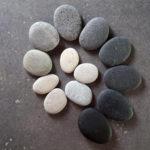 Recent Forum Discussions: If you have something to contribute to these topics, feel free to add your voice and experience to the discussions!
• Yoga for an elderly student
• Music for Yin Yoga
• For students who can’t or won’t squat
• Nutation and Counternutation
• Forward bends with kyphosis? 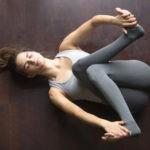 If you are having trouble finding a Yin Yoga teacher near you, or if you are traveling to somewhere new, try checking out the Directory of Yin Yoga teachers. We have hundreds of teachers registered from all over the world. If you are a teacher and are not in the directory, just send us your information and we’ll be happy to add you.

SIGN UP HERE FOR THE YIN YOGA YINSIGHTS NEWSLETTERS

In the words of Paul Grilley, YinYoga.com is “a website of all things yin.” Come yin-side!

To buy YinSights as an eBook (PDF format), click the Buy Now button:
$5.95 US